Top Smartphones in India Under 10k

Mobile phones or smart phones have become an integral part of our lives. today in this digital age, quick access to information is required and to stay in touch with near and dear ones, it has become very important. in this article we are going to cover top 10 smart phones in india under 10 k.

Samsung Galaxy A10 was launched in February 2019 & runs on Android 9.0 OS. The Smartphone is available in three color options i.e. Red, Blue, Black & provides a host of connectivity options in terms of 3G, 4G, Wifi Bluetooth capabilities. Priced at Rs. 8490 the phone is available with 32 GB of internal storage.

The Smartphone is powered by 1.6 GHz Octa core Exynos 7884 Processor. A 3 GB of RAM ensures phone runs smoothly even the most memory intensiveapplications & still shows no signs of lag. 32 GB of internal storage can be expanded to 512 GB via a microSD card.

The Xiaomi Redmi 8 is a durable entry-level smartphone and one of the few products with Gorilla Glass 5 protection. It sports a 6.22-inch HD+ display with a dot notch in the middle. The Redmi 8 is powered by the Snapdragon 439 SoC along with 4GB RAM and 64GB storage. At the back is a dual camera setup with a 12MP Sony IMX363 sensor and a depth sensor for portrait shots. On the front is another 8MP sensor. The Redmi 8 also comes with a 5,000mAh battery with support for 18W fast charging support.

The Redmi Note 8 ticks all the boxes for a budget smartphone. It runs on the Snapdragon 665 SoC, a popular mid-range SoC that’s good for most of the usual tasks. The body itself is made of glass with Gorilla Glass 5 on both sides ensuring higher durability among glass-body smartphones in this segment. Moreover, there are four cameras at the back arranged vertically. That includes a 48MP Sony sensor along with an 8MP ultrawide camera, a 2MP macro lens and another 2MP depth sensor. Redmi offers the Note 8 in 4GB and 6GB RAM variants with storage variants starting from 32GB all the way up to 128GB. There is a 6.3-inch IPS LCD panel with FHD+ resolution with a waterdrop notch housing a 13MP selfie camera. Like all Xiaomi smartphones, the Redmi Note 8 runs on MIUI that offers a stream of features that are useful and easy to use. The Redmi Note 8 is one of the best smartphones between Rs 5000 to Rs 10000 you can buy right now.

The Realme 5i is more affordable but remains packed with features. The phone rocks a massive 5,000mAh battery with a 10W charger included in the box. The Snapdragon 665 under the hood powers the phone with a peak clock speed of 2.0GHz achieved using Kryo 260 cores for high performance. There’s an Adreno 610 GPU too which is pretty good at running games like PUBG Mobile and CoD Mobile. The phone sports a 6.52-inch IPS LCD panel with a water drop notch that houses a 13MP selfie shooter while the plastic rear panel houses a quad camera setup which includes a 12MP primary shooter, an 8MP ultrawide camera, a 2MP macro lens and another 2MP depth sensor. So while this may not boast a high-res camera, it does offer a lot of flexibility when it comes to shooting photos. You can pick up the phone with 3GB RAM or 4GB RAM with 32GB and 64GB storage respectively. For the best experience however, we would recommend you get the 4GB RAM variant with 64GB storage.

The Realme C3 is a budget offering from Realme that doesn’t feel like a budget smartphone at all. The Realme C3 is powered by the MediaTek Helio G70 SoC, known for its gaming prowess while a 6.5-inch HD+ display lets you stream content in good quality. It comes in 2GB, 3GB and 4GB RAM variants and for the best experience we suggest you go for the 4GB RAM variants which comes with 64GB storage. There’s also a dual camera setup at the back that deliver portrait shots, night mode and more. Topping it up is a triple card slot and a 5,000mAh battery with 10W charging.

The Narzo 10A is a new addition to the Realme lineup of smartphones under Rs 10,000 and the phone lives up to its promise, at least as far as gaming performance is concerned. The Narzo 10A managed to deliver stable 30FPS gameplay on PUBG Mobile and even hit 60 FPS on COD Mobile, although at lower graphics. However, outside of gaming, the Narzo 10A may feel a little slow as compared to other smartphones like the Realme C3. But it does look good with a design similar to the Realme X Master Edition.

Vivo Y91 is aesthetically pleasing and boasts of an impressive and stylish look. It comes with a Helio P22 (MTK6762R) processor with 2 GB of RAM for smooth multitasking. Users can simply scan the contents of the phone by swiping your finger on the Fingerprint Sensor or scan your face with the ‘Face Access’ Sensor.The Vivo Y91 has a 6.22-inch touchscreen display with a resolution of 720×1520 pixels display resolution. It is priced atRs 9,990 in India. It is powered by an octa-core MediaTek Helio P22 processor, with 2 GB of RAM. The smartphone runs on Android 8.1 and is powered by a 4030mAh battery.

The phone has 3D curves which makes it a stylish and easy-to-hold device. Vivo Y91 has a 15.8 cm (6.22) screen which offers an expansive mobile viewing experience and is easy to use. The users viewing experience is further enhanced by the 88.6%s screen-to-body ratio. The phone is available in beautiful Starry Black, and Ocean Blue colours. It has sleek dimensions of 155.1 x 75.1 x 8.3 mm and weighs 163.5 grams.

The phone’s 13 MP + 2 MP rear camera system allows you to see crystal-clear pictures which rival even professional-grade Bokeh shots. It has an 8 MP front-facing camera which uses an AI algorithm which detects your gender, age, skin tone, skin texture, and lighting environment to capture perfect selfies.

Equipped with a Helio P22 (MTK6762R) processor with 2 GB of RAM, the phone makes multitasking a breeze. It runs on Android 9.0 out of the box. The Fingerprint Sensor which instantly unlocks your phone when you touch it, gives you quick and safe access to your device’s contents. You can also log into your phone by scanning your face with the Face Access sensor.

The phone also comes with the Smart Split feature which allows you divide your phone’s screen into halves, and with a simple three-fingered swipe, so you can chat with friends and watch videos simultaneously. It has a rear fingerprint sensor, accelerometer, proximity, and compass sensors.

The device has a high-capacity battery which is complemented by a smart power management system, which allows you to multitask even when you’re on the go. It has 32 GB of ROM space which is expandable up to 256 GB via a microSD card slot, which gives you ample space for all your movies, videos, files, etc. Backed by a 4,030 mAh Li-ion battery the device can easily last for a day, according to company claims.

The Vivo Y91 runs on the company’s proprietary Funtouch OS 4.5 based on Android 8.1. It is powered by an octa-core MediaTek Helio P22 processor and 2 GB of RAM.

Asus Zenfone Max Pro M1 was launched in April 2018 & runs on Android 8 OS. The Smartphone is available in two color options i.e. Meteor Silver, Deepsea Black & has a built in fingerprint sensor as the primary security feature, along with the host of connectivity options in terms of 3G, 4G, GPS, Wifi Bluetooth capabilities. Priced at Rs. 9499 the phone is available with 32 GB of internal storage.

The Smartphone is powered by 1.8 GHz Octa core QualcommSDM636 Snapdragon 636 Processor. A 3 GB of RAM ensures phone runs smoothly even the most memory intensive applications & still shows no signs of lag. 32 GB of internal storage can be expanded to 512 GB via a microSD card.

Top 8 Budget Smartphone in India to buy in 2020

Why should You Shop through Mayzone.in

Deal of the day

5 Best Kitchen Tools That Are Must For Your Kitchen

Upto 80% off on Electronics

Buy 1 Powerball play and get 1 FREE on LottoKings..Play Now

Buy Everything under ₹499 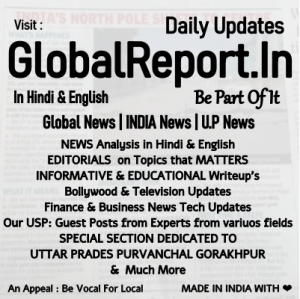 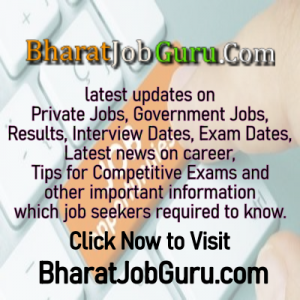 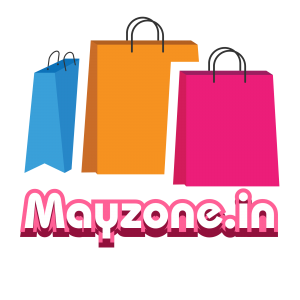 We in this time of dire circumstances as the P.M. Appealed have to be ” Vocal for local” WE as the valid citizen’s of this great country, have to work together to realize a even bigger dream ” the 5 trillion econony” for this Local “Startup’s” can be supported, products sold By SME can be brought.

Made with love & care in India 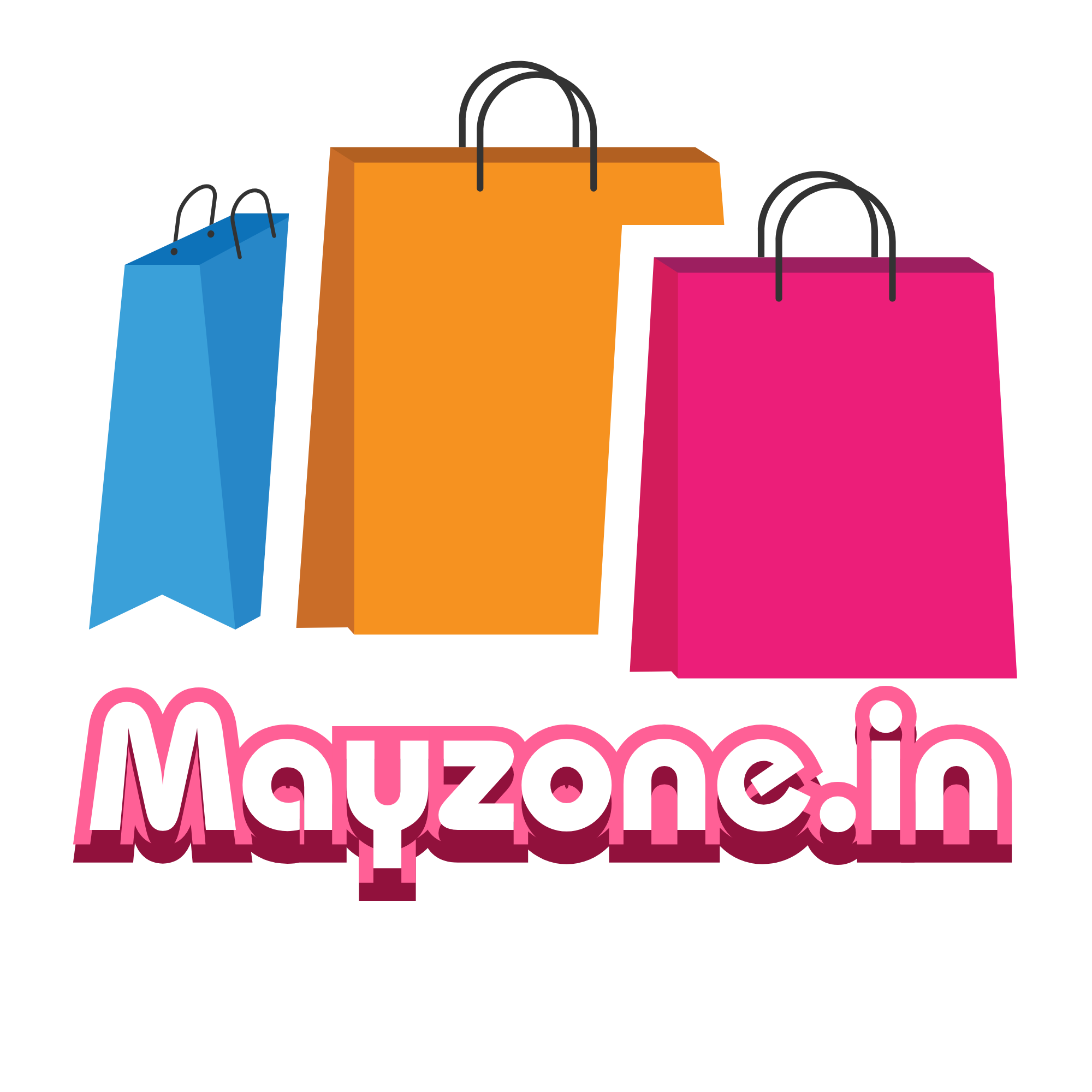